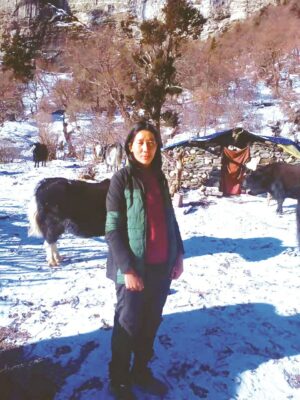 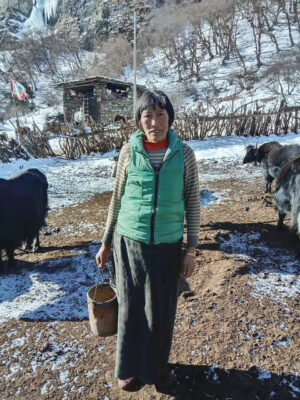 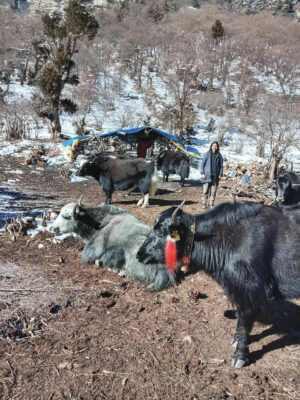 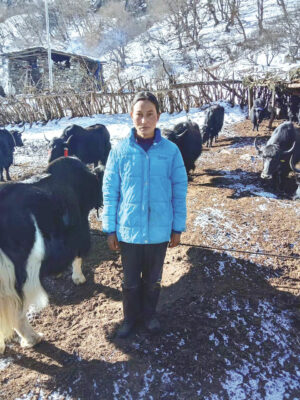 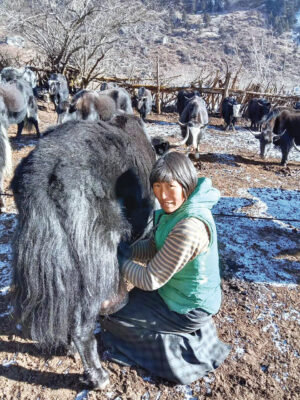 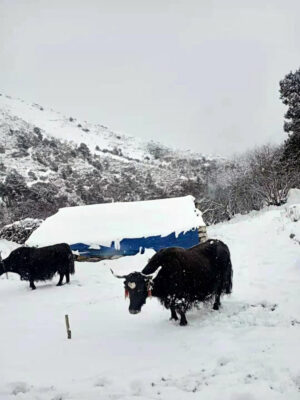 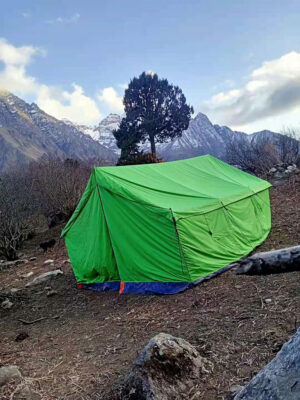 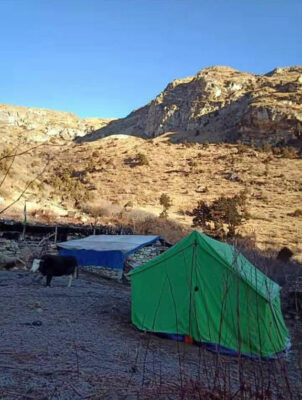 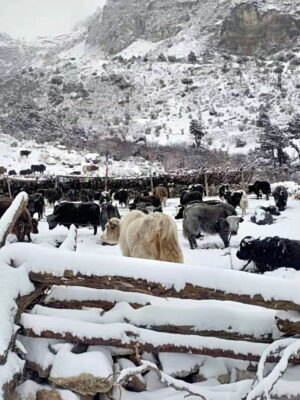 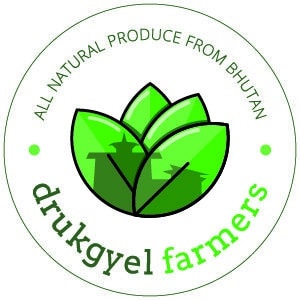 When Aum Choday revealed the good news of the new tent to her son, he was so excited that the next morning he and his favourite horse descended two days down from the Highland pastures to Gunitsawa to collect the tent from the nearest road. Leki had said “oh my ears will be much warmer at night with the new tent”.

The highland region of Bhutan is home to pastoralists and semi-nomadic communities. It ranges from Trashiyangtse and Merak / Sakteng in the East to Lhuentse and Bumthang, and to Sephu in Trongsa.  In the West, semi-nomadic communities are still living in Haa and Paro valleys whilst in the North they live in Laya, Lingzhi and Lunana. My ancestor’s friends, our traditional neypos in the highlands (host families with whom we barter), practiced a very unique way of life in the past and now it has been passed on to my friend and current neypo Aum Choday.

Around 4000 meters above sea level Aum Choday and her 15 year-old son Leki Wangchuk raise and look after over hundred yaks with love, care yet also hardship. During the early autumn season when days are longer both of them collect yak dung from dawn till dusk as part of their preparations for the freezing-cold winter months.

The rich traditions and spirituality of highland people emphasize cultural preservation and environmental conservation as promoted by Bhutan’s Gross National Happiness concept. However, the growing influence of globalization has also not spared nomads. Many highlanders are settling in urban areas for a more comfortable life. Aum Choday worries about the contemporary easy access to modern facilities, fearing that her son will prefer it in time and abandon their current way of life.

Last year (2021), due to the pandemic, Aum Choday could not sell her cordyceps (a parasitic fungus found in high altitude and believed to have healing properties) and she had to depend completely on her yaks’ yield (milk, cheese, wool and meat) to cover her annual expenditure. It was extremely cold for mother and son keeping their yaks up in the solitude of the mighty Himalayan Mountains, all alone and with scarce mobile network connectivity. For months during the summer they were away from their home because yaks love grazing up in the plentiful grassy mountains of the higher pastures. However this lifestyle, while sounding romantic to city dwellers and occasional trekkers, is very hard and can be dangerous. One example being when, that summer, a bear rampaged through their open tent devouring all their food and damaging their belongings – an episode that upset the normally very resilient Leki Wangchuk, so much that he complained to his mom about it with tears in his eyes.

Looking out for Each Other

When the Bhutan Network came to know about this incident they stepped in to sponsor a locally-available, good-quality dining tent that was given to Aum Choday and Leki to keep them warm at night and their food safe. When Aum Choday revealed the good news of the new tent to her son, he was so excited that the next morning he and his favourite horse descended two days down from the Highland pastures to Gunitsawa to collect the tent from the nearest road. Leki had said “oh my ears will be much warmer at night with the new tent”.

Hopeful into the Future

Aum Choday is delighted with the gift and said that with the Bhutan Network supporting them with such equipment, it will be easier to convince her son that there is so much more to life in the mountains. Sure, a lot of it is about hardship and sometimes she feels they are taken for granted and nobody cares about them. Yet with Bhutan Network supporting her and her son she feels more hopeful for the future. 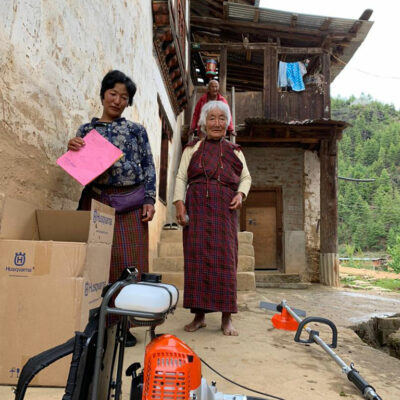 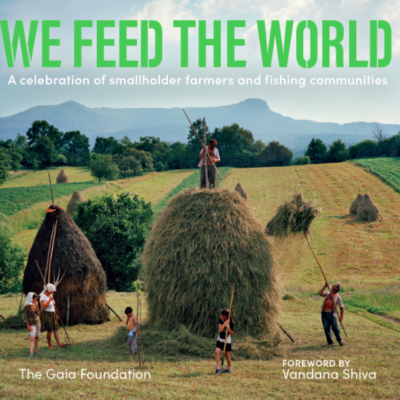 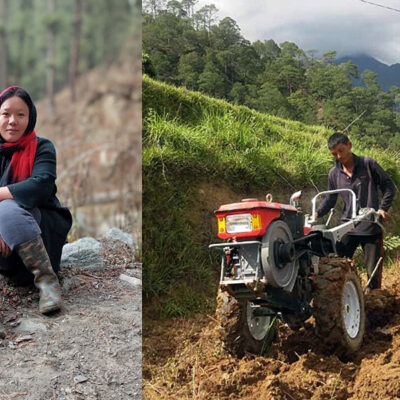 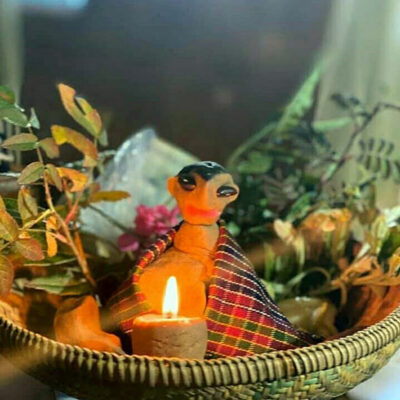 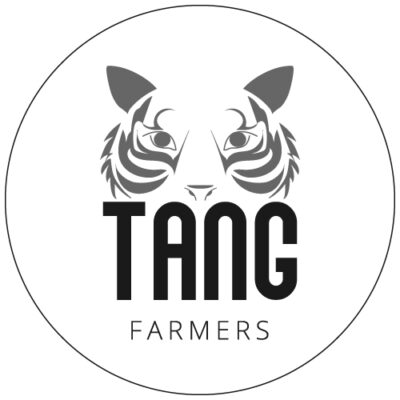 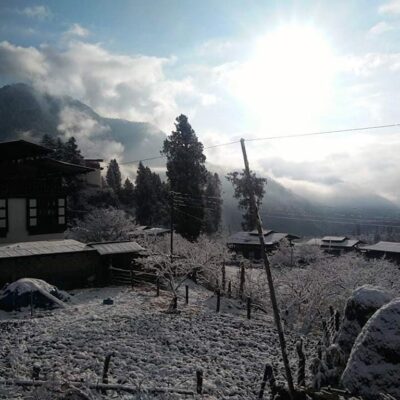 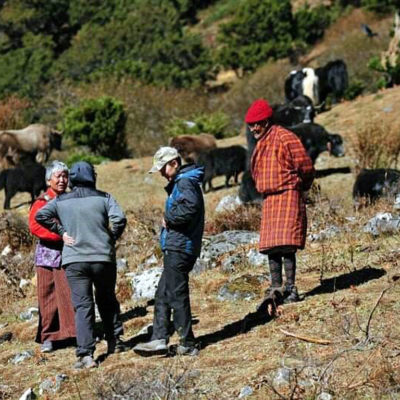